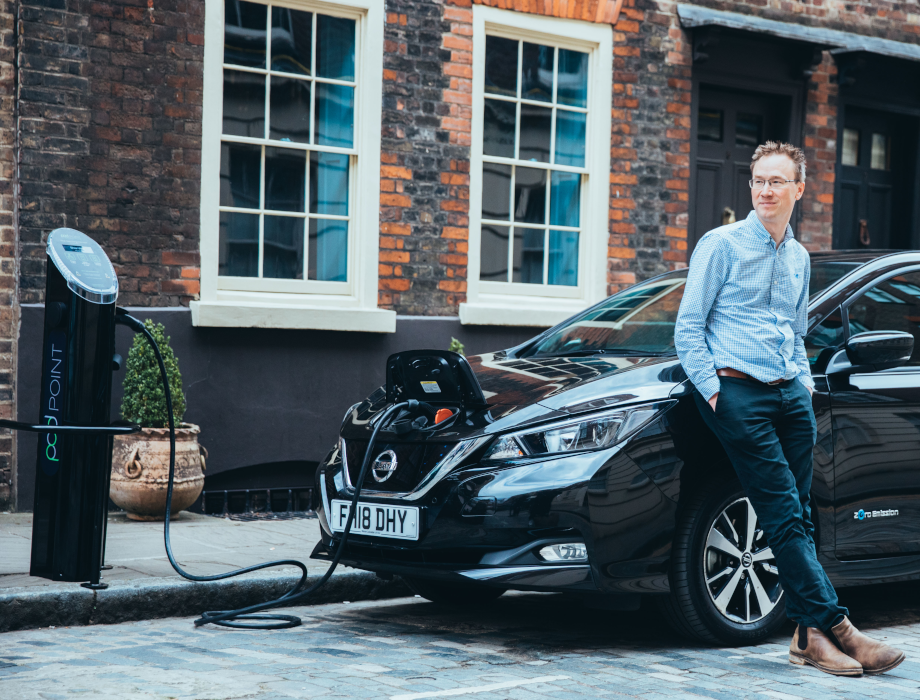 Electric vehicle charge-point maker, Pod Point, which raised funds three times on Crowdcube, has announced it has been acquired by energy company, EDF. Pod Point successfully raised £3.71m with Crowdcube in 2015, 2016 and 2017, with its vision of a world where travel doesn’t damage the earth 1,428 people were inspired to invest.

The sale to EDF tops AB InBev’s £85m acquisition of Camden Town Brewery, which had raised on Crowdcube in 2015.

In order to read the full story we need you to be registered with us, please click the links below to login or register.

I have just seen the following article in Angel news celebrating a sucessful Pod Point exit for Crowdcube as an example of the value they bring investors. https://www.angelnews.co.uk/blog/equity-crowdfu... I wanted to add the following comment: CROWDCUBE AND SEEDRS EXIT Prior to Pod Point’s journey with Crowdcube; 383 of us backed Pod Point on Seedrs for £1.5m, 94 of us going on to make a small pre-emption top up at the end of 2015 following the Crowdcube raise. PP stayed with Crowdcube but some of us on Seedrs went to invest in pre-emption rounds in 2016 2017 and 2018. It is a pity no acknowledgement is given of Seedrs’ investors’ early support. The early Seedrs’ share price was at £0.0853 The first Crowdcube (and Seedrs pre-emption) round was at £0.09with subsequent rounds at £0.09, £0.13, £0.14 and £0.20 - so both Seedrs and Crowdcube investors should feel well rewarded especially early investors who qualify for EIS. But not all are completely happy: Firstly many felt this was a longer term strategic investment with even bigger potential returns. At a sale price of £0.24229 which is a 2.8x exit for first round investors on Seedrs and rather less for later Crowdcube rounds, this is good but not the sort of >10x return investors may look for in a start-up market where 2/3rds of companies invested in fail, say 20% make a modest return and portfolios rely on the <10% whose high returns are needed to finance the failures. Many investors believe that there is huge upside still to go (as apparently does EDF who used drag along rights to take 100%). Some smaller investors would have prepared to stay in for the longer term. Secondly there had been a Legal and General investment round which was announced at £0.27 The final purchase price was less (£0.24 or even £0.23 depending on final outcomes) perhaps partly because there were some preference shares in place which gave some of the institutional shareholders a preferential return. This may be disappointing to those who had hoped for more than 27p and slightly more than disappointing for any who bought at 27p on the SM Secondary market. Thirdly there are some investors who might be worried about having to repay EIS relief. the purchase transaction completed on 13th Feb, so all who invested in rounds before 13th Feb 2017 are OK but this may be an issue for folk who invested in 2017 or 2018 rounds. In summary Pod Point have shown the value of Equity Crowdfunding to a new enterprise and Crowdcube are obviously justifiably pleased about a profitable exit for their investors. Earlier Seedrs investors may even have made more. However, it might not be the exit that everyone (at least from the comments on the Seedrs Platform) were hoping for: rather than just wanting more money the comments seem to indicate that many just wanted to stay in. It has made a well deserved good profit for the majority shareholders but it does show the effect of drag along rights on minority shareholders when the big battalions decide to buy in.